Homeo doctor from Mahabubabad hits the road in fight against Covid

With the covid-19 crisis pandemic showing no signs of abating, this homeopathy doctor, in the course of his mission, has been reaching out to the masses, educating and trying to make them immune to coronavirus 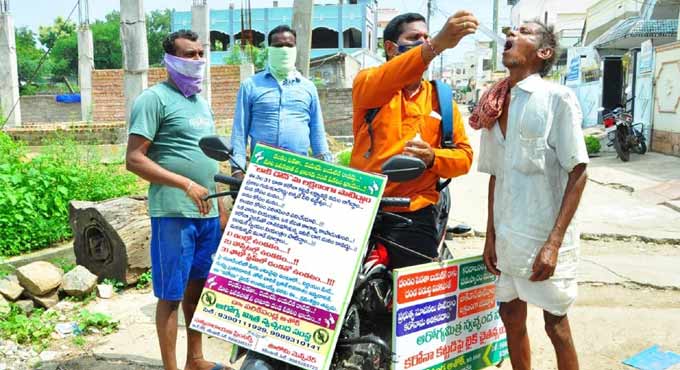 Yellandu (Kothagudem): He is a man on a mission, having travelled 4,400 kms covering 17 districts of Telangana State in 84 days, distributed homeopathic medicine to 86,000 people so far, and continues with the same zeal he had on April 22 when he set out from home in Mahabubabad.

With the covid-19 crisis pandemic showing no signs of abating, this homeopathy doctor, in the course of his mission, has been reaching out to the masses, educating and trying to make them immune to coronavirus.

Meet Dr. Parikipandla Ashok, who has been touring towns and villages in the State, unmindful of the fact that he was passing through Covid-19 hotspots, administering ‘Arsenicum Album 30,’ an immunity boosting homeopathic medicine to fight the virus. He is also the state president of Homeopathic Medical Association.

Dr Ashok has also been distributing pamphlets creating awareness on precautionary measures to keep oneself safe from the virus. He launched his mission, ‘Praja Chaitanya Yatra,’ on April 22 and has visited 114 mandals in 17 districts across the State riding his motorbike, taking a break after each district visit.

Speaking to Telangana Today at Yellandu in the district, Dr. Ashok said Bhadradri Kothagudem was the 17th district he visited as part of his yatra to distribute the homeo medicines to locals. He said he got nearly 50,000 pamphlets printed with covid-19 safety measures.

‘Covid-19 crisis has affected everyone, and as a doctor, I just wanted to do my part to fight this crisis and took up the yatra’, he said, adding: ‘After covering erstwhile Khammam district, I am planning to tour Siddipet. It is my wish to cover 5,000 kms and distribute Arsenicum Album 30 to one lakh people,” he said, adding that he has spent around Rs one lakh on his mission so far.

With the help of elected members in places where he goes, Dr Ashok has also been organising meetings to educate the public on the measures to be taken to protect themselves from the pandemic. Such meetings have been held in 1,320 places so far.

Arsenicum Album 30 is the best bet

Explaining the efficacy of Arsenicum Album 30, Dr. Ashok says the medicine does not guarantee that a person will not get infected with the virus. But it certainly assists an individual fight the virus and in fast recovery.

“I am a living example of homeo medicine’s efficacy. I take one dose of the medicine once in 15 days and I got tested six times and every time I was tested negative, despite the fact that I have been visiting the places where covid-19 cases are rampant,” he noted.

In Gujarat, Arsenicum Album 30 was given to a group of 3,000 persons on an experimental basis and it was found to have strengthened their immune system. Then the State government started distributing the homeo medicine to the public. Maharashtra government is also doing the same, he said.

“Just waiting for the vaccine to be released is not going to do any good. We need to have a holistic approach to address the coronavirus crisis. Ayurveda, yoga, healthy food habits have to be promoted to fight the virus” he added. 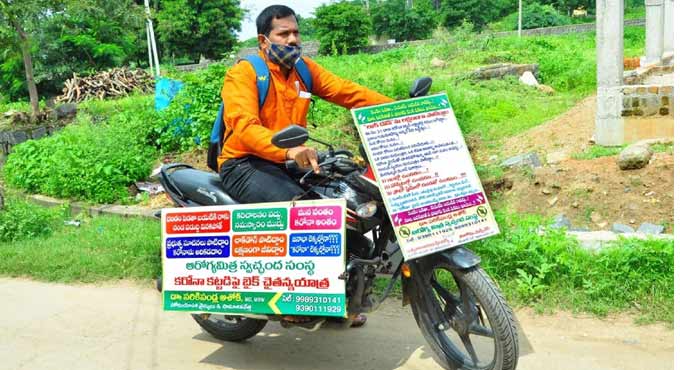